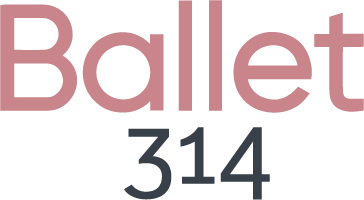 A native of Aiken, South Carolina, Robert Poe has enjoyed a professional dancing career since 2004. For almost 17 years, he has performed with Columbia City Ballet, Cedar Lake II, Nashville Ballet, and the Nashville Opera before coming to St. Louis to dance with Missouri Ballet Theatre. In 2011, he became a founding member of The Big Muddy Dance Company and spent 9 seasons rehearsing, performing and choreographing with the company before leaving to flourish his own non-profit dance organization, Ballet 314.

Since coming to St. Louis, Robert has also appeared with local organizations like the St. Louis Ballet and performed for two summers with the Opera Theatre of St. Louis, where he was part of the original cast of the world premiere opera, "Fire Shut Up In My Bones". He has taught for numerous dance studios and Universities across St. Louis and Illinois as well as throughout the South East and his choreography has been seen on several dance companies throughout the years; Nashville Ballet, Nashville Ballet II, Missouri Ballet Theatre, The Big Muddy Dance Company, La Voute, Leverage, Missouri Baptist University and most recently he has created a collaborative, dance centric work on La Voute inspired by "The 63106 Project" in partnership with Before Ferguson, Beyond Ferguson.

In February of 2019, Robert co founded Ballet 314, St. Louis' newest ballet company, and serves as Co-Artistic Director with Rachel Bodi. Through this company, he has co-published a children's book, "The Nutcracker and the 1904 World's Fair", based off of the ballet he co-created and premiered in December of 2019, spearheaded a community initiative entitled Project Change which encompassed the premiere of his first full length ballet entitled "Ragtime, the American Experience" in July 2021. Ballet 314's mission is to celebrate local talent in the community and to start showcasing diversity and equity in the classical dance arts.